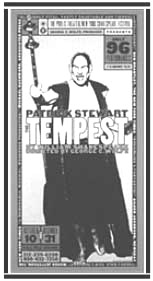 The Shakespeare in Central Park festival is synonymous with summertime in New York City. Since its inaugural season in 1957, the prestigious event has attracted millions interested in enjoying world-class theatre in one of the most charming venues anywhere; the park’s open-air Delacorte Theatre.

When The New York Public Theatre needed outdoor loudspeakers for the 2000 Shakespeare in Central Park festival it went to One Dream Sound. David Ferdinand, proprietor of Manhattan’s highly regarded rental house, did not hesitate to make a recommendation: Technomad. Since 1995, Technomad has manufactured loudspeakers offering a unique combination of excellent fidelity, high output, high efficiency and unparalleled reliability in the harshest environments. All Technomad loudspeakers meet United States military specification and are used in armed forces applications worldwide.

“The theatre was looking for a loudspeaker that could withstand summer sun, heat, wind and rain, but simultaneously provide high quality sound for one of the most prestigious theatre venues in the world,” Ferdinand said. “Technomad is the only company that came to mind.”

Ferdinand was familiar with Technomads having used them for an application at another prestigious New York venue: The Big Apple Circus. “The technicians over at the Big Apple Circus absolutely love them,” he said. 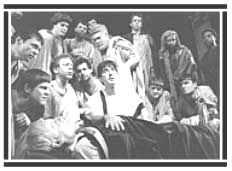 Technomad President Karl von Kries sees his company’s involvement with One Dream Sound as the manifestation of Technomad’s goal as a loudspeaker manufacturer. “One Dream Sound is well known for providing sound for some of the most distinguished productions in New York,” said von Kries. “We are extremely happy that they recognize that the world’s most durable loudspeakers are also some of the best sounding.”

Ken Travis, the lead sound technician at Shakespeare in the Park, was also very impressed with Technomad loudspeakers. “It was a bad summer for rain,” explained Travis. “It really poured at times, but we had absolutely no problems with the Technomads.” Travis used Technomad’s flagship Berlin 15/H, a high-output, full-range, two-way loudspeaker, for music and sound effects at the front and rear of house. “I had two-a-side in the front and six in the back,” explained Travis. “I was blown away by the sound quality. There was an extremely high SPL coming from the Berlin’s, particularly in the front. “It used to be that weatherproof meant durable but poor sounding,” Travis added. “But Technomads are incredibly smooth sounding. They are a very, very fine loudspeaker.”

The Technomad Paris 616, with its twin 6.5″ mid/bass drivers, was set-up in a vocal delay ring that Travis said provided exceptional coverage and sound quality. “The bass response from the Paris was very impressive and its sleek design prevented us from having to hide them,” Travis said.

Ferdinand, whose One Dream Sound is now one of the top five rental and design houses in New York, was as impressed with the customer service at Technomad as he was with the loudspeakers. “They worked their butts off for us,” he said bluntly. “We are just breaking into the outdoor market and will not use anything else.”Technomad users include all branches of the U.S. Armed Forces, Universal Studios, Royal Caribbean Cruise Lines, Disney Cruise Lines, The White House, Cunard Cruise Lines, Princess Cruise Lines, Rodger Williams University, ESPN Zone, Tony Gwynn Stadium, Cinergy Field and many others. Massachusetts-based Technomad employs 25.