You can see Technomad Vernal 16T loudspeakers in the photos, but what you don’t see is the rest of the rPA system we delivered.  This quick-to-deploy 70-volt PA package includes amplification, a multi-channel mixer, wallmounts, and cabling.

But technical audio details… See the adorable otter video below!

BOSTON, August 7, 2012 – The Larkin Development Group of Buffalo, NY has unveiled a multi-purpose public space in the Larkin District of Buffalo, NY to further unite the community.  The newly developed Larkin Square is alive with outdoor concerts, retail markets, office buildings, lounge areas and more, bringing people together in a vibrant open-air environment. 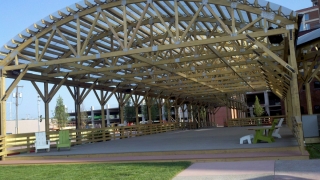 The Technomad loudspeakers comprise a mix of the company’s Noho and Vienna loudspeakers, and were chosen for their ability to deliver intelligible voice and background music in a compact and durable package.  The weatherproof loudspeakers are unprotected from outdoor elements and deployed in a 70-volt configuration to accommodate lengthy cable runs.

“Technomad loudspeakers were designed to perform under a multitude of weather conditions, whether it’s 90-degree heat in the summertime or below-zero temperatures during winter,” said Spencer. “We get both in Buffalo, so having durable, weatherproof construction that could withstand snow and ice buildup was of major importance.  We also wanted loudspeakers that offered good projection and delivered well-rounded audio with an admirable amount of bass.  The Noho and Vienna were the perfect fit for this project as they are the ideal size, and deliver superbly intelligible speech and unmatched audio.”

Spencer and Foxe installed 10 Noho loudspeakers on five light poles spread throughout the square. The two-per-light pole strategy ensures an even outdoor audio pattern outside with broad audio coverage at any volume.

The remaining 11 Nohos blanket a covered walkway area that can accommodate 1,000 people, with the loudspeakers positioned high above the crowds.  The Nohos in this section are evenly spaced and directed inward to the crowd — ensuring even audio coverage and a pleasant background music soundtrack to match the relaxing, lounge-like atmosphere of the space.

The duo also installed four compact Vienna loudspeakers in the nearby covered stage area, which is an elevated space for smaller live acts.

“We placed the Viennas roughly 10 feet up from the stage floor, which was the ideal height to deliver the perfect pitch here,” said Spencer.  “This space doubles as a lounge area with background music when not being used for a live band.  The Viennas fill the need perfectly.”

The Technomad system is performing without fail, and Spencer notes that there are future plans to expand Larkin Square with additional shops and recreational space.  “I’m used to Technomad performing well, and that’s why I continually rely on their excellence,” he said.  “When they expand, we’ll turn to Technomad again.  There’s no other choice in my mind.”

BOSTON, APRIL 2, 2012 —  Woodberry Forest School, situated on the banks of the Rapidan River near Charlottesville, Virginia, is an historic boy’s prep school situated on 1200 acres of land that once belonged to General William Madison, the brother of President James Madison.  Using Technomad advanced audio solutions, the school has upgraded sound systems in two athletic facilities in alignment with campus-wide building preservation efforts. 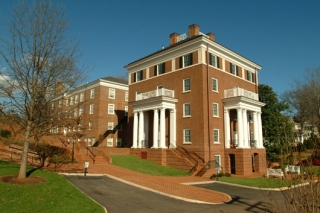 Onyx AudioVisual, a Virginia-based IT consulting company with expertise in audio/video, network infrastructure and lighting, designed and integrated the new sound systems.  The company chose a Technomad Turnkey PA System to bring multiple loudspeakers and all required signal processing systems together into a single, integrated solution.

The complete system, deployed in a 70-volt configuration to accommodate lengthy cable runs across four zones, reproduces intelligible voice and high-quality music over long distances for athletic meets, games and other activities in both areas.  The installations include 11 Technomad Vernal loudspeakers in the pool area and 10 in the Reily Wrestling Room, delivering high-fidelity sound and broad audio dispersion from a compact form factor.

“The sound needed to be excellent quality for sports writers, fans and athletes,” said Cardea.  “We needed to preserve the historic integrity of the areas, while delivering state-of-the-art sound technology.  We chose Technomad because of their reputation for superior sound, easy setup and environmental durability.  They exceeded our specifications for sound while meeting the environmental challenges we faced.” 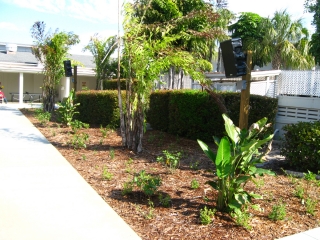 “I’ve learned what gear can survive in harsh environments over the years, and from all the outdoor installations I have done, only one company reliably endures the elements — and that is Technomad,” said Olivier De Kegel, owner and president of Axxentos.  “They also produce great sounding audio.”

The external pool system proved the biggest challenge as De Kegel had little guidance from the resort, other than that management wanted a nice-sounding background music system during the afternoon and a louder system in the evenings.  He installed two Technomad Berlin loudspeakers, the largest loudspeaker in the company’s range, to take care of both requests with one system.  The Berlins accommodate every activity from Bingo to full-blown nightclub-style events.

Two Technomad Noho loudspeakers also welcome guests with high-energy music audio at the entrance as they check in, with lower-volume background music playing in between arrivals.

“The resort wanted a system they could easily manipulate at the welcome area to balance loud and soft audio, and the Nohos offer power that is closer to the Berlin but compact enough for installation at the entrance,” said De Kegel.

“This was my largest installation to date, with some interesting upgrades and unique challenges,” said De Kegel.  “They went from being fully analog to a more digital, centralized model.  There won’t be any dull nights with the high-quality audio systems they have, and the durability of the Technomads ensure they won’t have to replace the outdoor systems every two years.”

BOSTON, September 14, 2011 — The bird calls, primate howls and other noises coming from the Phillips Park Zoo in Aurora, Illinois, are balanced with a new, high-quality audio system that delivers news, exhibit information, and background music to some 200,000 visitors each year. 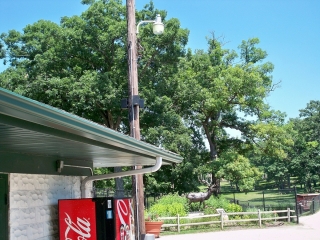 The compact Vernal and Vienna loudspeakers, mounted on various building eves, light poles, and fences, are part of a custom turnkey installation that replaced an outdated system scarred by time and weather.  Both models are powerful, IP56 weatherproof, two-way, full-range loudspeakers built to withstand tumultuous weather conditions, including the extreme summer heat and heavy rains often experienced while the zoo is open for business.

“We needed a more efficient way to communicate with our visitors, especially in the event of a storm or if an animal were to escape,” said Randy Johnson, manager of Phillips Park Zoo.  “The weatherproof aspect drew me to Technomad, and the sound quality of the loudspeakers has exceeded our expectations.  I recorded some WAV files and have short zoo ads randomly playing in between the music segments, and everything sounds great,” Johnson said.

Johnson enlisted the help of AST for a professional installation, and AST quickly determined that Technomad was the best choice for the project.

“The Vernal and Vienna loudspeakers were chosen for their weatherproof construction, and their throw distances perfectly matched our needs,” said Terry McCarthy, partner and design engineer at AST.

McCarthy strategically placed the loudspeakers outside the animal enclosures and above the reach of visitors.  He also took advantage of Technomad’s flexible mounting options, utilizing the company’s sophisticated yoke mount anchoring system.  McCarthy installed four runs of high-quality, 12-gauge audio cable to provide the 70-volt power distribution to all the loudspeaker locations.

“We hid the cables at Randy’s request so they weren’t visible to the public,” he said.  “This took extra time but it resulted in a great payoff for the zoo.  The loudspeakers blend perfectly into the surrounding environment, and the audio sounds great.  Once you install them, you never have to worry about them.”

AST is a national audio, video and lighting systems design and installation company celebrating 30 years of industry experience.  For help in your area, e-mail info@ast-av.com or call 214.243.7652, or visit http://www.ast-av.com for more information.